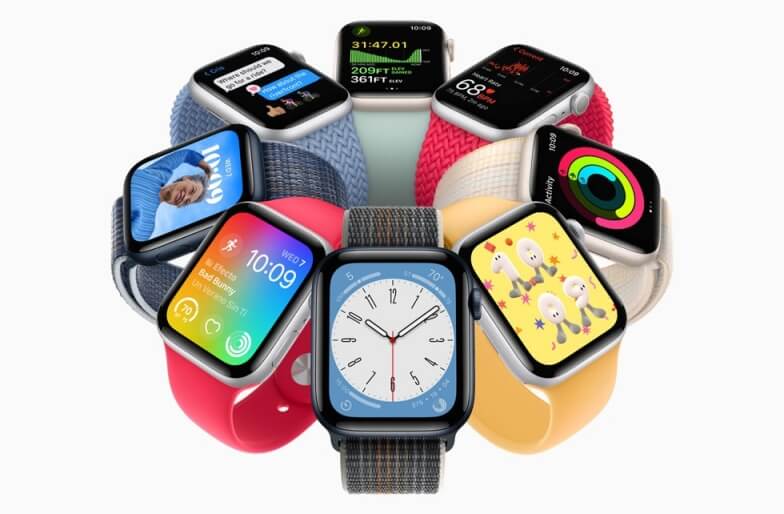 Thinking of upgrading to an Apple Watch Series 8, Apple Watch SE or Apple Watch Ultra? You will be happy to know that Apple have made the upgrade super easy by maintaining band compatibility in the latest Apple Watch line up.

Apple Watch Series 8 comes in aluminum and stainless steel cases in two sizes, 41mm and 45mm, and is compatible with all bands.

Apple Watch SE is available in 40mm and 44mm aluminum cases, in midnight, starlight, and silver finishes, and is compatible with all bands.

Maintaining band compatibility across all the Apple Watch models from the original series right through to the Series 8, SE and Ultra is a great outcome for the environment and for anyone upgrading from an earlier model.

The Apple Watch Ultra has a much larger 49mm screen compared to previous Apple Watch models so none of the previous cases will fit. You will have to buy a new one specifically for the Ultra.